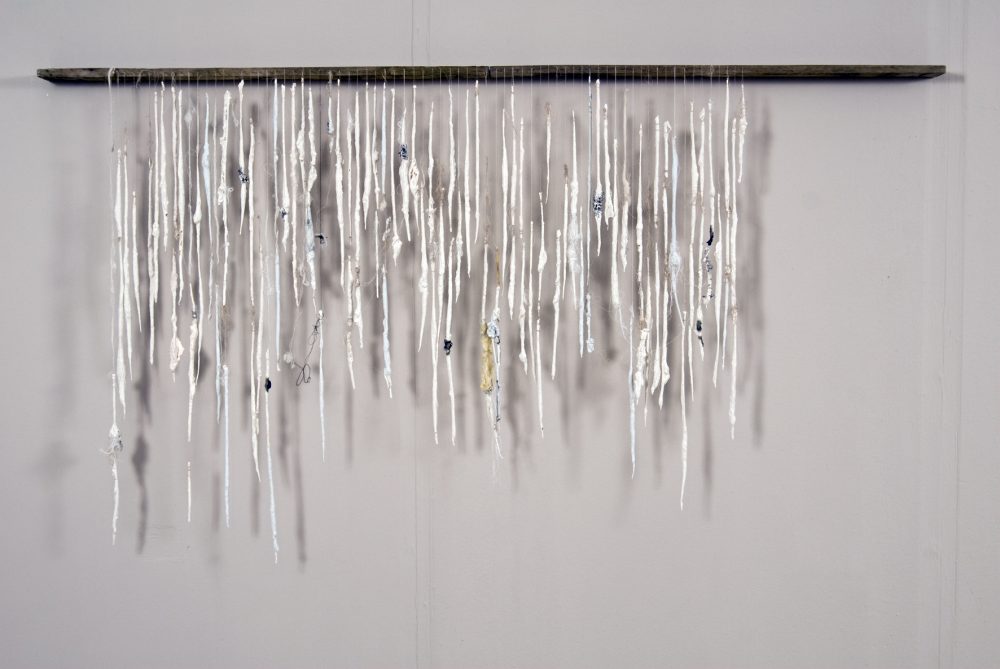 It was the thread as a tangible object as much as a concept that really inspired me. It began with the story of the Fates or Moiraes in Greek mythology who spun the thread of life and were said to decide the length of each individuals life. In the work ‘seventy-four threads of life’ the threads have been spun from wool and dipped in porcelain slip creating organic and fragile pieces, enhancing the idea of impermanence.

A thread can be a fine cord of two or more twisted fibres used in sewing and weaving. But it can also be a train of thought, story line, sequence or a continuing unifying element running through a story. In Araidne’s thread I have wrapped knick-knacks and souvenirs. By transforming the original forms into fossilised remnants I want to symbolise the elusive nature of memory. The threads connecting the objects illustrate my train of thought in the process of making. In this case the thread is also a line, similar to that of the abstract mark making used in my drawing. 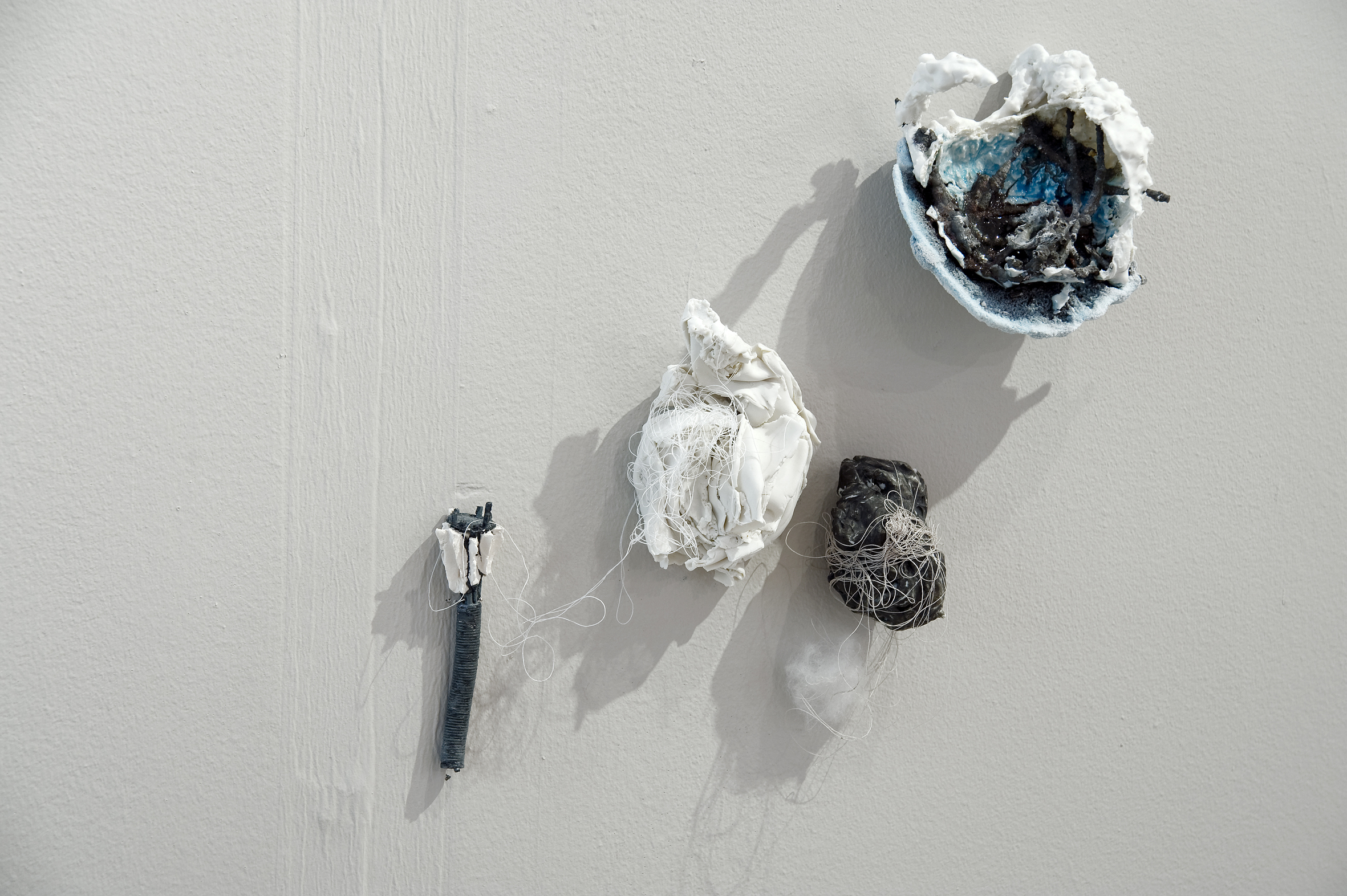 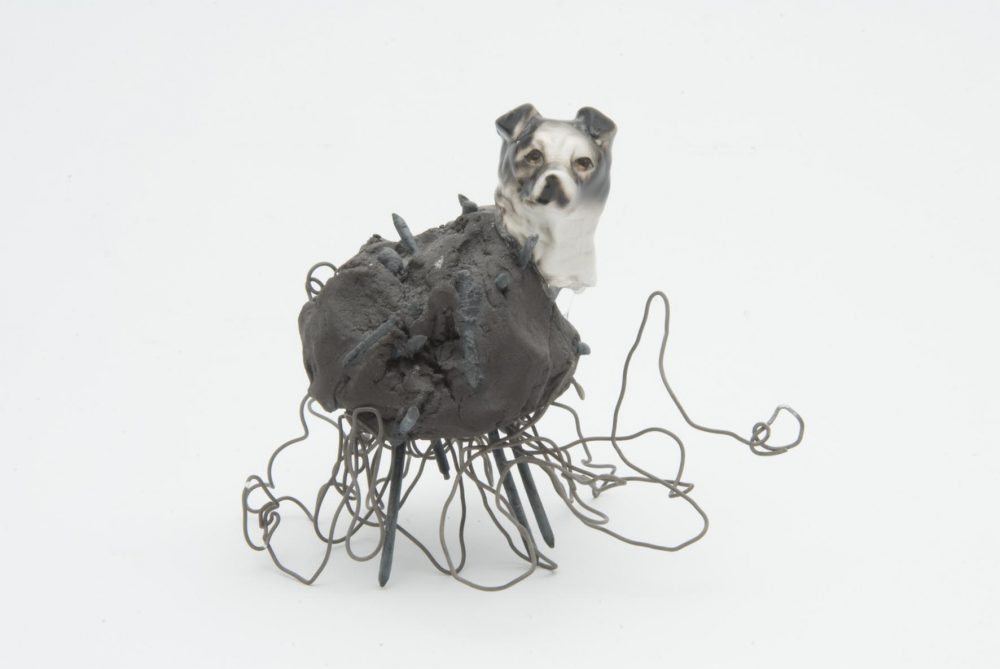 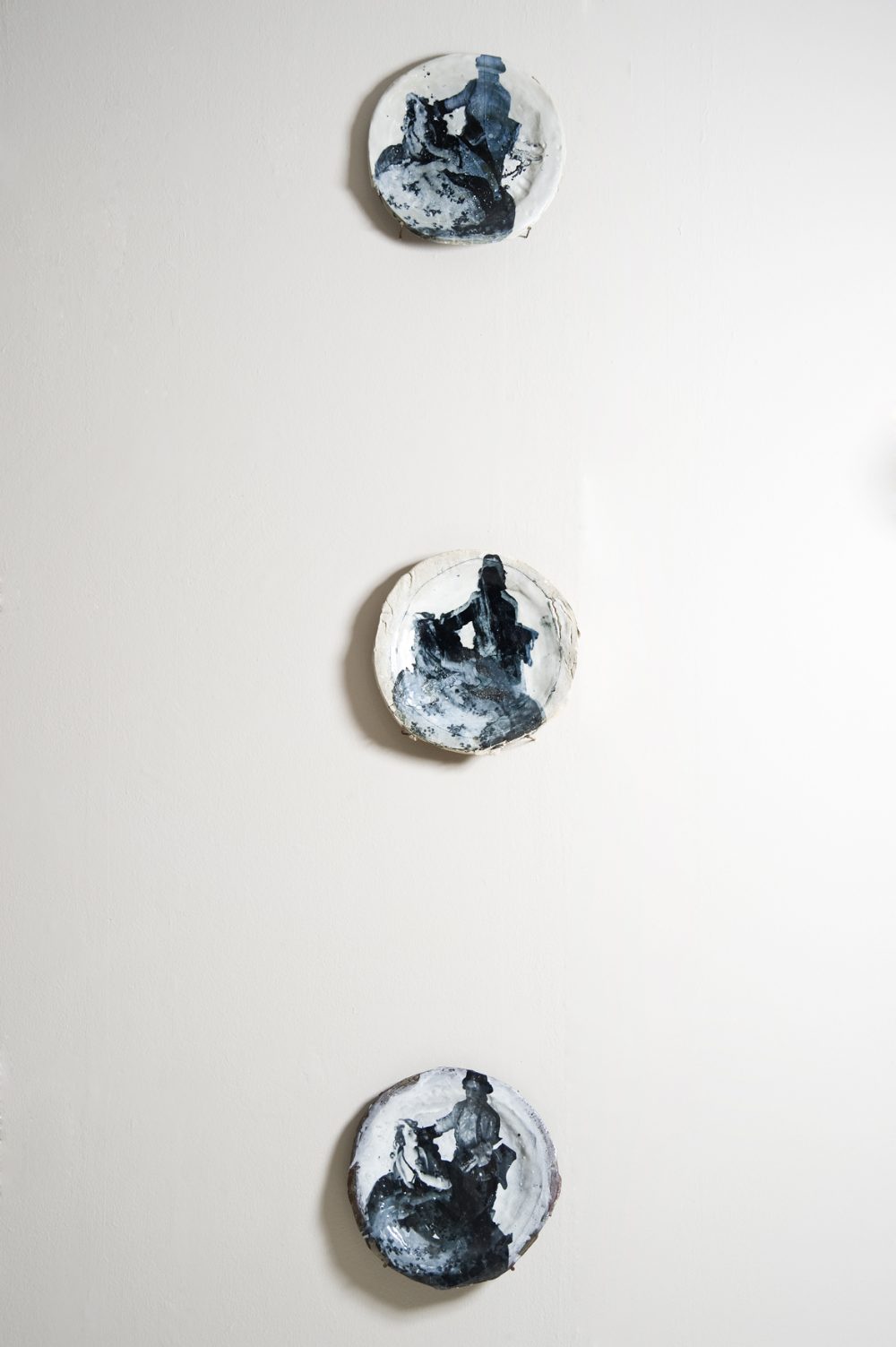 ‘memory of a figurine’ series 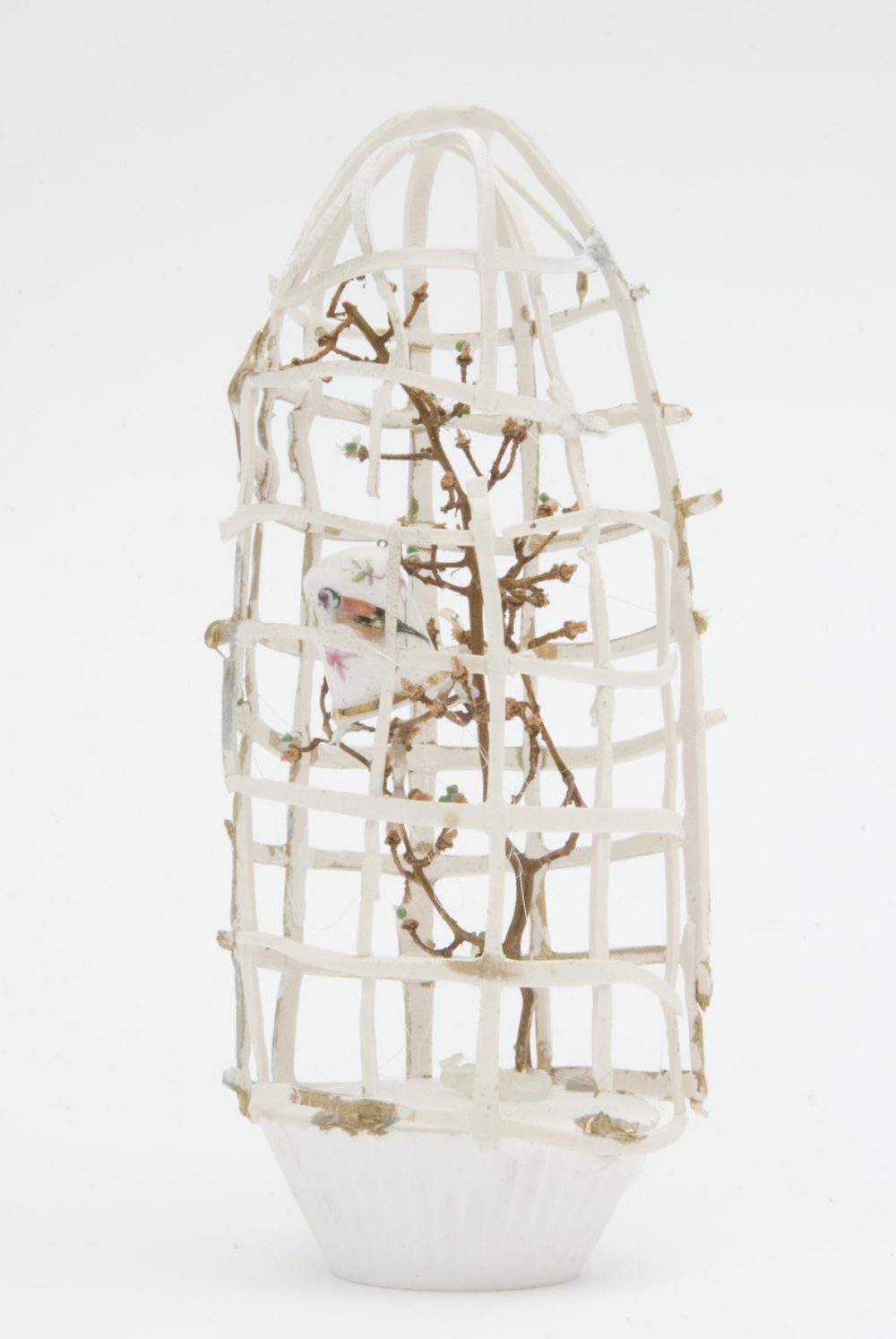 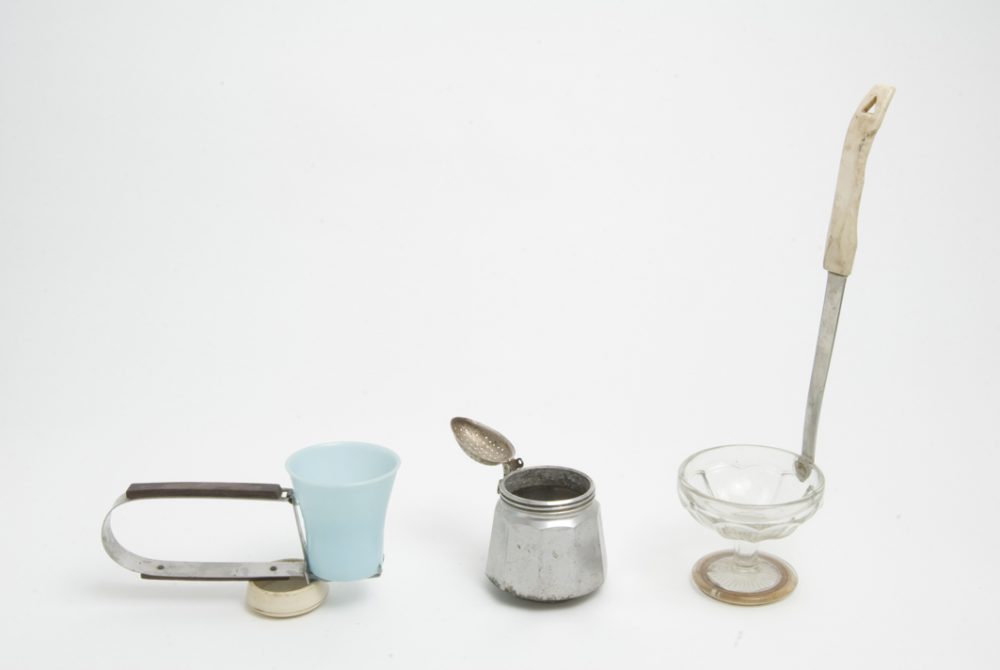 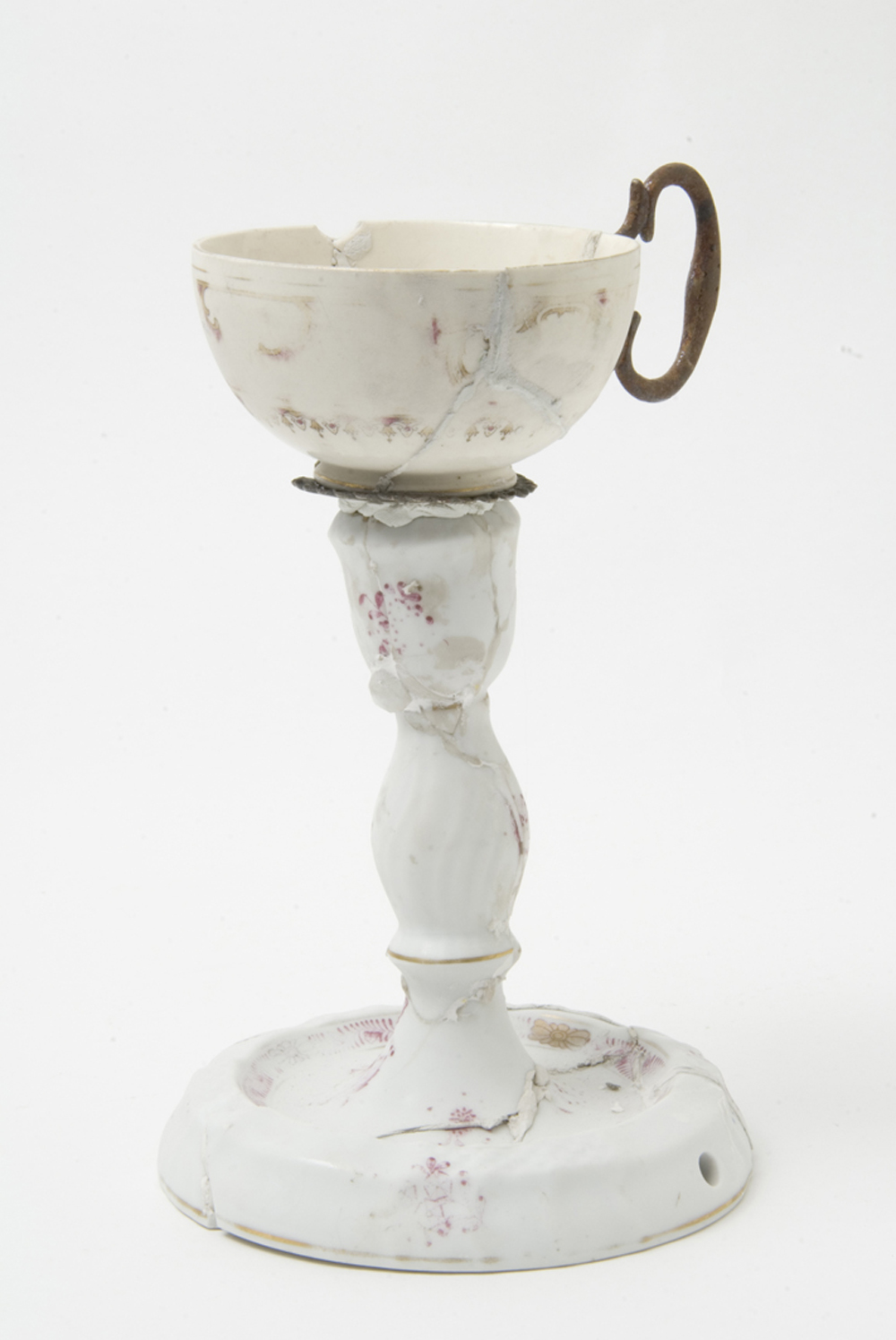 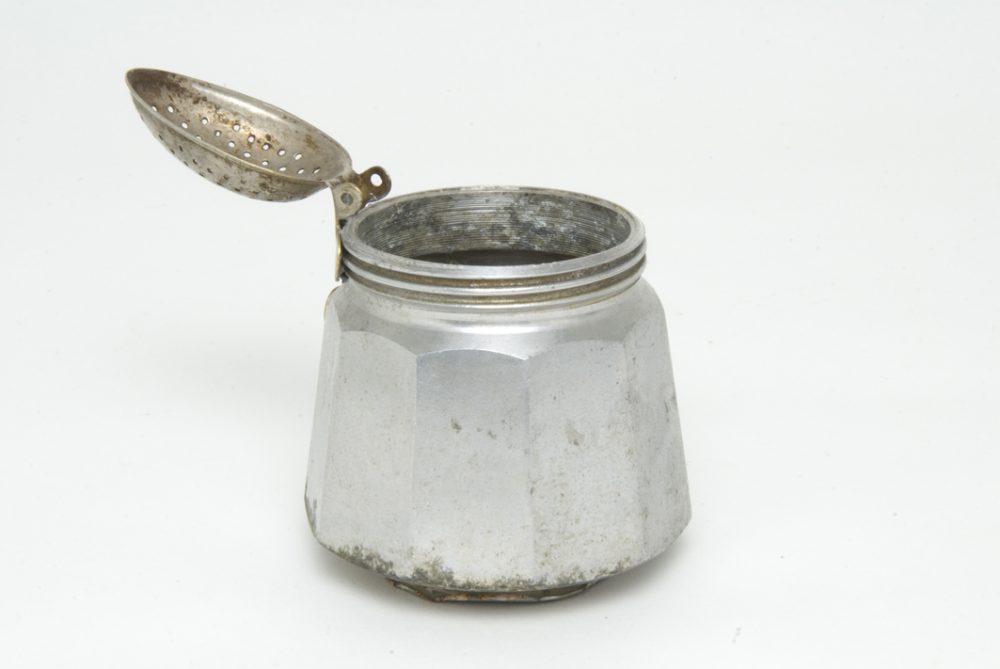 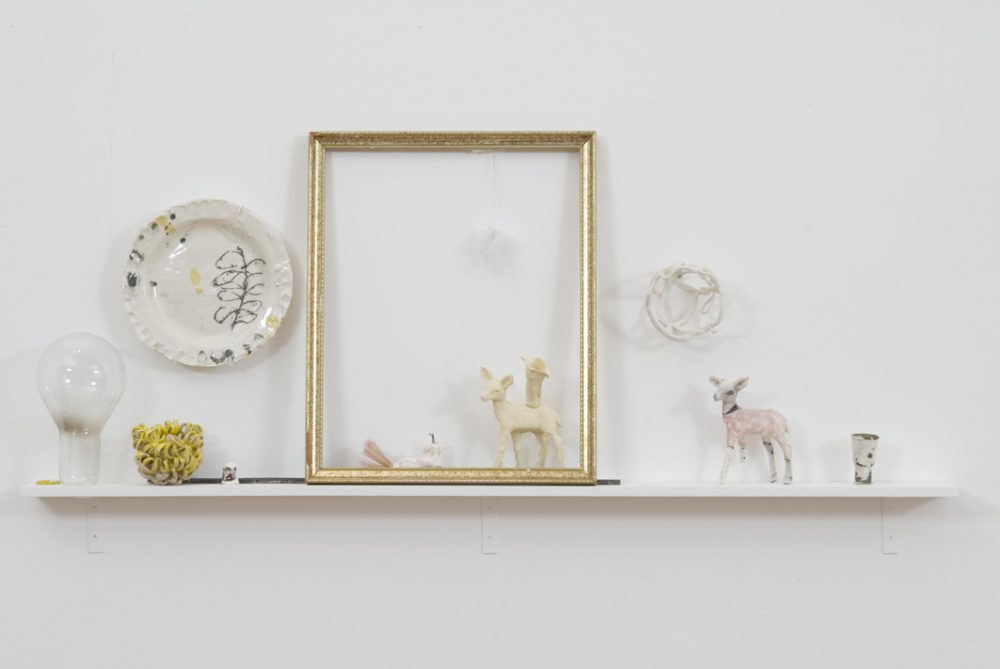 In this piece of work I really enjoyed placing different objects together, suggesting a narrative or story. The picture frame and reoccurring character reinforcing the narrative qualities of the collection. 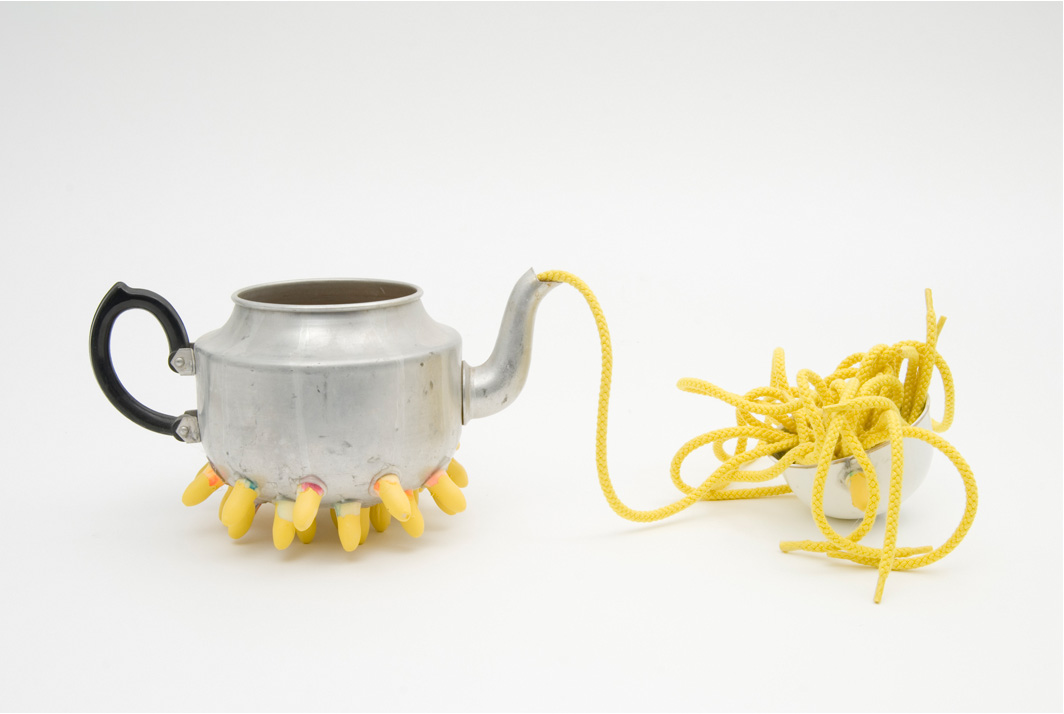 This piece is very much about playing both with form and meaning, enjoying the whimsical and slightly surreal elements of my work. 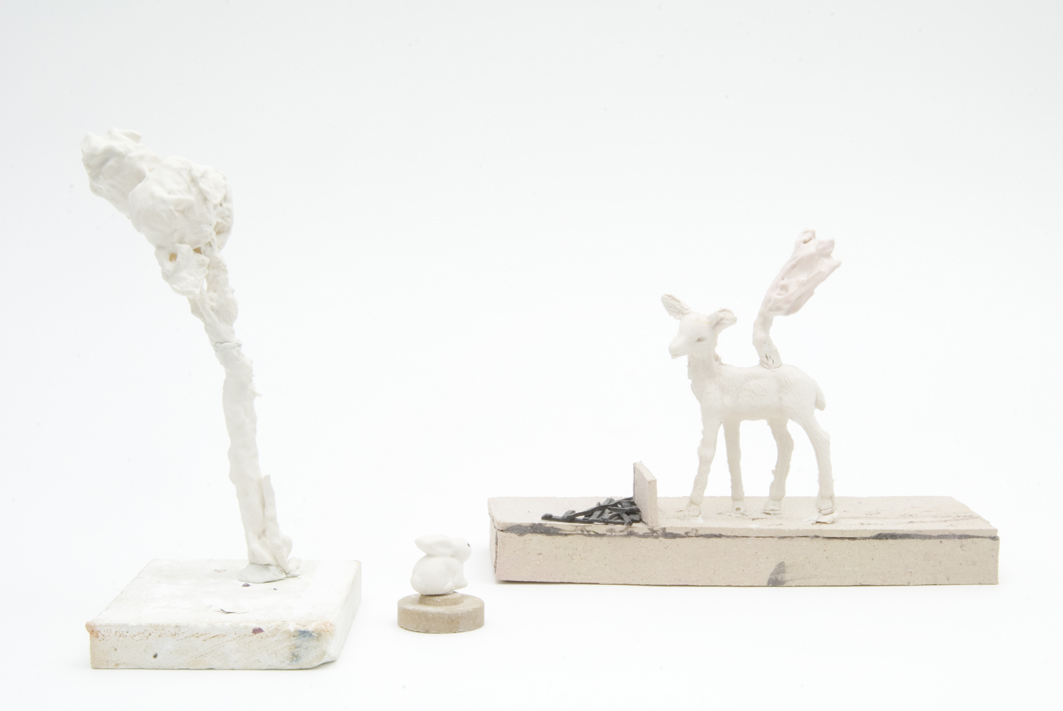 ‘do you know where the forrest is?’ 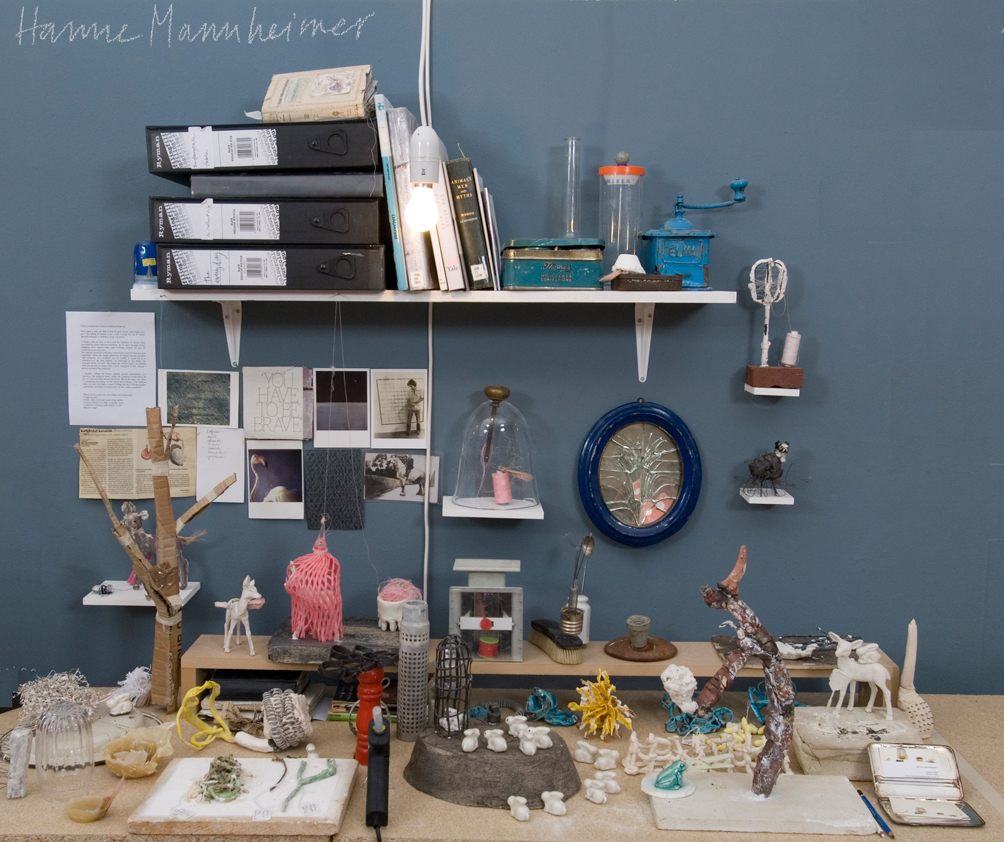 my desk at work in progress show